A reasonable Faith – A Journey through the Sermon on the Mount. Part 1.2

1_2 What did Jesus ask us to believe?

How did He set about to explain to us His mission? Jesus taught. Have you ever taught anyone how to do something? Maybe you are a teacher by profession. But if not, if you have a skill and you try to pass it on to someone else, don’t you do it in an orderly fashion? Usually you teach something in steps. First you lay down the foundation, the essential rules, then step one; and once they get that you add step two; and maybe once they get that you go back and say this is why I gave you that rule at the beginning. And then you go to step 3 and so forth.

Therefore, for the answer to my question, “what did Jesus ask us to believe?”, I have been going through the gospel according to Matthew, because it is the most chronological of the gospels. It seems to be the one that puts the events and sermons in the order that they happened. It that is so, then maybe it outlines the progression of Jesus’ teaching.

The foundation is the reality of the Kingdom of God

The first thing that Jesus did at the start of His public ministry was…
Matt 4:12, 13, 17 When Jesus heard that John had been put in prison, he withdrew to Galilee. Leaving Nazareth, he went and lived in Capernaum, which was by the lake in the area of Zebulun and Naphtali… From that time on Jesus began to preach, “Repent, for the kingdom of heaven has come near.”

This is the first foundation He lays down. He came to walk among us because: (1) The Kingdom of God is real and (2) It is at hand. It has drawn near to us here on Earth. And the absolute requirement on anyone that wants to learn all about this and what it means is this: (3) Repent.

Because if it is the Kingdom higher than all others, it has Laws

I cannot be a Christian without first acknowledging that I am a sinner. That is, I accept the fact that I do things that are wrong, wrong not because some human being says they are wrong, but wrong because they go against what God says is right. Remember, foundation number 1 is that the Kingdom of God is real. If God is God and He has put together a Kingdom with purpose and rules, then He is the One that gets to tell His Creation what is right and what is wrong.

The people of Jesus’ days had no trouble understanding that. If they were Jews, they knew from the Scriptures, from the Law of Moses and the Prophets, what God requires. But even the Gentiles that heard Jesus talk, they also believed that there was the Divine high above the human. And they had laws, whether written or naturally obvious, that told them there was such a thing as right and wrong.

And I have broken those laws 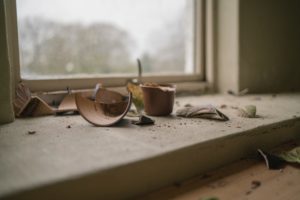 Jesus starts the class by telling everybody: (1) Yes, there is a Kingdom of Heaven. (And, by the way, there is only one; for He told the Samaritan woman at the well in no uncertain terms in John 4:22 “You Samaritans worship what you do not know; we worship what we do know, for salvation is from the Jews.”) Then if I accept that, He requires that (3) I admit that I have not been living according to the rules of the Kingdom of Heaven.

And you could say, “but heaven is out there and we are down here living on Earth, and everybody does these things, why do I have to change, why do I have to repent?” And Jesus’ answer is: because (2) Heaven has come down and touched your world. It is no longer out there. Jesus is saying, I am here, and I have brought the Kingdom with Me.

This is precisely what Paul told the Greek philosophers in Athens on Mars Hill, who worshiped all sorts of idols: Acts 17: 29,30 “Therefore since we are God’s offspring, we should not think that the divine being is like gold or silver or stone—an image made by human design and skill. In the past God overlooked such ignorance, but now he commands all people everywhere to repent.”

Something changed in the Universe when Jesus stepped into our world. And He tells us, the first step in “getting it” is Repent.

The obstacle to repentance: the lie of many truths

Seems simple, straightforward, but it is not. It has never been simple because human beings do not want to admit they are evil. Listen to the news, listen to the way people talk, listen to what our society thinks is alright and what they call evil. The world says, “live and let live”; hey as long as what I am doing is alright with me and the majority of my friends who like to do the same thing, don’t tell me it’s wrong. 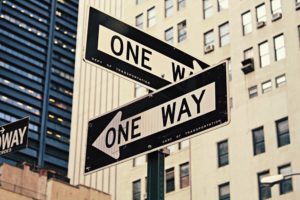 The world says there is no clear cut right and wrong, there is no absolute truth… you have your truth, I have my truth. Sounds almost fair. Except that if I already admitted that there is a Kingdom of God (Who is way higher than all of us) then Jesus already made it clear there cannot be many truths. There is only One, there is only One definition of good and right. And going against that Truth, that Good, is called sin.

But a person living in the world according to whatever rules they make up as they go, does not want to hear Jesus say there is only One Way. For one thing, it means they are wrong; but it goes deeper than that: If there is One Kingdom of God, made by the same God that made every one of us, what do you think are the chances that the ability to recognize that Kingdom as true, and its rules as good, is already built into us? It says in Genesis that we were made in the likeness of God. Our spirit is made like His Spirit. Ahh… And that’s the real problem, we know deep inside that there is only One Kingdom. And if I have been denying it and someone points it out to me, guilt rears up its ugly head. And no one likes feeling guilty.

We live in dangerous times. So did the people of Jesus’ day. Mankind never changes. But Jesus didn’t come to get in a debate with you or me. He came as a witness to the Truth of the Kingdom of Heaven.

The Kingdom and the world are incompatible; which actually is good news

As the gospel of Matthew continues we get to Chapter 5, the Sermon on the Mount. And it starts with the Beatitudes. Where Jesus lays down the next foundational truth:
(4) This world is not the Kingdom of Heaven; in fact, this world is against the Kingdom of Heaven; and so, if you think you have gotten a raw deal from this world, if you are poor and destitute, if you don’t get the parties and the big success but instead you live a life of mourning and loss, if you are powerless while others have power over you, you are Blessed!

Sometimes we read too quickly things we have heard before, and don’t really slow down to ponder them. This is what Jesus said: 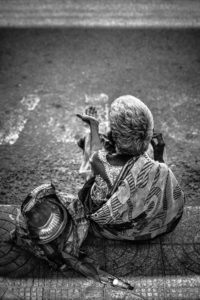 If you were there in that audience and heard this, is this the point at which you’d get up and shout ‘Hallelujah’? Isn’t my reaction more likely to be: ‘Jesus, how can you possibly call those blessings?’

I think the answer is: Because then you don’t live thinking that this world can satisfy; you don’t live thinking that what matters, what brings happiness, what fulfills, is what this world calls riches, and success, and power. You are Blessed because the blinders have been taken off and you can look to the Kingdom of God for the real life and real reward.

And if this is true, if you are not blinded by the world, then you can strive, you can work hard, not for worldly gain but because you hunger and thirst for righteousness. (So the Beatitudes continue.) You can reach out and be merciful – using your actions to heal others instead of oppressing them. You can be pure in heart because you see that the temptations of the world are hollow – and then you will get to see God’s will. You can focus on giving peace to others because you are not consuming your life trying to get get get for yourself.

When you live this way, you live according to the Kingdom of Heaven; that Kingdom will bless you. But don’t expect the world to applaud you. No, it will persecute you. (That’s how the Beatitudes end.)

Faith is not a mystery, it is a succession of choices

Is this hard to understand so far? I don’t think so. There is no mystery here; but what it does reveal is that this life of the Kingdom is made up of choices we make every day. It wasn’t just the choice to Repent. That was the beginning. Then we have the next choice, which kingdom do we put our hope in?

Those choices affect other people, by example. It is just after the Beatitudes that Jesus talks about us being Salt and Light. In other words, emphasizing the next Truth:
(5) Our choices touch not only us but they impact the world around us, maybe way farther than we think. You may be merciful to that one person; but you have no idea how God is going to use that action to multiply His purpose.