A reasonable Faith – A Journey through the Sermon on the Mount. Part 1.3

One of the other techniques you use a lot in teaching is repetition. You say something at the beginning and later on you reinforce it, and later on you show how it is connected and self-consistent with the next thing you teach. That way, you are not only teaching the topic, you are teaching the student how to think about that topic so he can teach himself. We are now up to Matt 5:17-18. Remember, this whole thing started with the Kingdom of Heaven, all the authority of the lesson is based on the authority of that Kingdom. So, Jesus tells them: “Do not think that I have come to abolish the Law or the Prophets; I have not come to abolish them but to fulfill them. For truly I tell you, until heaven and earth disappear, not the smallest letter, not the least stroke of a pen, will by any means disappear from the Law until everything is accomplished.”

This is very important to us today because when someone in the world comes to you and asks you ‘why do you do this? why don’t you do that?’ All the answer you have to give, all the answer that you can give, is that that’s what Jesus expects of me. And to the follow-up question, ‘how do you know?’, the answer is, Look at the Law of Moses. Look at the Bible; look at the whole counsel of God and see what it teaches. Jesus said in Matt 5:17 and 18 that none of those Truths are ever going to change. If it was good enough for Jesus, it’s good enough for me.

I want to make a point now that we will dwell on when we get to later parts of this series, but since I said repetition is a good thing, I want to touch on it now. It is a fact, as I said already, that when the world does not like your truth, it is going to persecute you; and that includes that it is going to try to force you to abandon your truth and toe its line. That includes trying to change the laws of the country, to force you to shut up, shape up, or else.

But, as you read the gospels and get familiar with the way Jesus taught and lived, did you ever see Him try to force anyone into believing in His Way? Did He ever try to force people to live “righteous” lives? It’s true that their form of government was not like ours. But could you picture Jesus trying to pass laws in his country or at least in the synagogues that would prevent sinners from living their chosen sin?

Why didn’t He? Well, if you think about it, it’s a little silly. He is speaking with the authority of the ultimate Law. The Kingdom that He has brought down with Him, to us, already spells out what is right and what is wrong – and we all know it. He doesn’t need to pass any more human laws… What are they compared to the Laws of God? Human laws are there to defend the powerless, to preserve the community.

The Kingdom and its Way does not need to be defended by us puny humans
in a court of more puny humans. That is not our job.

My job starts with my relationship with Him, my response to Him

It is not my business to control other people’s lives. My business is to live the way the Kingdom requires of me. Will it have an effect on other people? Sure, eventually; that was point number 5. So, point number 6 of the Lesson Jesus is teaching is all about how I, a repentant sinner, living for the Kingdom, live with all the other people in the world. What is required of me?

The requirements on me

Matthew 5:21-26 “You have heard that it was said to the people long ago, ‘You shall not murder, and anyone who murders will be subject to judgment.’ But I tell you that anyone who is angry with a brother or sister will be subject to judgment. Again, anyone who says to a brother or sister, ‘Raca,’ (which means, air-head) is answerable to the court. And anyone who says, ‘You fool!’ (which means, you wicked sinner) will be in danger of the fire of hell.
“Therefore, if you are offering your gift at the altar and there remember that your brother or sister has something against you, leave your gift there in front of the altar. First go and be reconciled to them; then come and offer your gift.
“Settle matters quickly with your adversary who is taking you to court. Do it while you are still together on the way, or your adversary may hand you over to the judge, and the judge may hand you over to the officer, and you may be thrown into prison. Truly I tell you, you will not get out until you have paid the last penny.”

Live for the good and salvation of others

Notice how Jesus says, ‘if you know your brother is angry at you’, go get reconciled. Why? Well if anger eventually can lead you to hell, you don’t want that for your brother! Furthermore, it might turn out he was angry with reason. Right? Don’t we always assume we are right? But if we stop and go try to reconcile, we may discover something more about us that we need to fix. I could call this 6a: It is required of me that I live with the good and salvation of my neighbor in mind, even if, especially if, he is not a believer.

Live in integrity before God

6b: It is required of me that my life reflect the first foundational Truth: I am a child of the Kingdom. The Kingdom of God is not something that we can touch and see with our senses – like this world. No, it is much more than that, I live in it with the real me. The real me is in here, in my heart, and in my mind. Yes, I sin with my body, but sin starts in my innermost being. And the Kingdom requires that my obedience to its Way start in my innermost being, where people cannot see what we are doing, but God can. 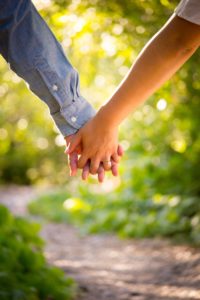 Jesus will expand on this later in the gospel but for now the message is clear: 6c: It is required of me that I keep my commitments. That promise I made to my wife before that altar, never expires. Commitment is also what verses 33 through 37 are talking about, when He says: Let your Yes be Yes and your No be No. Like 6b this says it is required of me that I be a person of integrity, my word is my bond.

And I am going to stop there for this week. The point I hope I am making is that what Jesus was asking of his listeners 20 centuries ago, is still what He is asking of us today; and it is reasonable.

Christianity is a reasonable Faith: