A reasonable Faith – A Journey through the Sermon on the Mount. Part 3.3

We already pointed out that in the middle of the first section of the Sermon on the Mount Jesus says: (Matthew 5:48) Be perfect, therefore, as your heavenly Father is perfect. And then He starts laying out how God our Father expects us to live in relationship to the people around us. That continues in the section in chapter 7 of Matthew’s gospel we are about to start. But before going forward it is worth recapping where we’ve been because it will help us see a thread that runs throughout this teaching. It is one of those threads that helps make sense of the whole because it reveals an underlying law that connects the various requirements. These requirements are not individual stand-alone commandments, they are interconnected by one truth: My relationship with God and my relationship with my neighbor are inseparably coupled by the concept: Like-for-like.

Because SK puts this so well and succinctly, I will be freely quoting from him. He talks about this subject at the conclusion of Works of Love. (I will be quoting from the translation by Howard and Edna Hong).

Forgive to be forgiven

Right in the middle of the Lord’s prayer, Jesus says: (Matthew 6:12) And forgive us our debts, as we also have forgiven our debtors and he repeats this rule in its conclusion: Matthew 6:14-15: For if you forgive other people when they sin against you, your heavenly Father will also forgive you. But if you do not forgive others their sins, your Father will not forgive your sins.

I don’t know if you have ever stopped and pondered this passage. If you haven’t, someday you will, because sooner or later all of us realize that we need forgiveness from God. And on that day, when we look at our lives and know that we know we are in desperate need of mercy, the mercy we have heard only God could give (and we have heard He is willing to give) then on that day this passage is just scary. For it clearly says: If I have not forgiven others, He will not forgive me.

And at first it doesn’t seem fair… because God is God, and I’m not. Why should my shortcomings, my failures, limit His Love and Mercy? It’s not fair! We want to say. But don’t you think Jesus knew exactly what He was saying?

You see, the point is, according to Jesus, that everything we do in our lives, to anyone in our lives, is something we do with God and to God. That is indeed a scary thought. But that is the way life was meant to be; and it has never changed in God’s eyes. 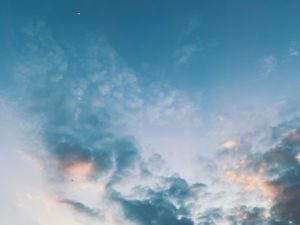 “Every one of your relationships to other people is automatically turned into a God-relationship. In the Christian sense, a person ultimately and essentially has only God to deal with in everything, although he still must remain in the world and in the earthly circumstances assigned to him. [SK]”

This is why in Psalm 51, when David is confessing his sins, his adultery with Bathsheba, his murder of her husband Uriah, his covering it up and its consequences, he cries out to God, “against You, only You have I sinned.” What Jesus is saying is the same thing. Every time I have sinned against someone, I have hurt someone, I have done it to God. And every time someone has hurt me and sinned against me they have done it to God. It has all happened in His presence. And all of us human beings stand as equals before His eyes. Therefore, there is only one way to guarantee Justice and Mercy:

Think about it, SK goes on:

“If honestly before God you wholeheartedly forgive your enemy (but if you do, remember that God sees it), then you may also dare to hope for your forgiveness, because they are one and the same. God forgives you neither more nor less nor otherwise than as you forgive those who have sinned against you.
It is only an illusion to imagine that one oneself has forgiveness although one is reluctant to forgive others. It is a delusion to believe in one’s own forgiveness when one refuses to forgive, for how could a person truly believe in forgiveness if his own life is an objection against the existence of forgiveness! [SK]”

When we try to separate the two, what we are saying is that we think that when it comes to me and my forgiveness I expect God to step in and be merciful, but when it is between me and another person, I’d rather God wasn’t around to interfere. And it gets harder… Because on the face of that rule: forgive to be forgiven, we can try to be sneaky. Before deciding not to forgive someone, we can turn to God and say, “Hey God, Didn’t you see what they did?” “You are telling me I am supposed to forgive them, but look at that, what they did was wrong. I thought You were supposed to be Just. How could you let them get away with that?”

Have you ever talked to God like that? We do sometimes. Oh, we may pretend we don’t, but you know the anger, you have felt that grudge growing up in here in your heart. We are all the same. And that is why Jesus said:

Judge not lest thee be judged 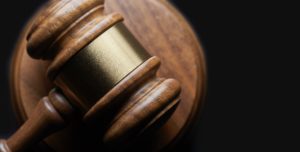 Matthew 7:1-5: Do not judge, or you too will be judged. For in the same way you judge others, you will be judged, and with the measure you use, it will be measured to you. “Why do you look at the speck of sawdust in your brother’s eye and pay no attention to the plank in your own eye? How can you say to your brother, ‘Let me take the speck out of your eye,’ when all the time there is a plank in your own eye? You hypocrite, first take the plank out of your own eye, and then you will see clearly to remove the speck from your brother’s eye.

Jesus is saying: “To accuse another person before God is to accuse oneself: like for like. If you have been actually wronged, humanly speaking, then take care lest you get carried away in accusing the guilty one before God. [SK]”

Why? What is the danger? It is the same problem as with forgiveness. We delude ourselves into thinking that when it comes to me, I can have a private relationship with God, that I can “privately complain to God about my enemies. But if I do, God will make short shrift of that and bring charges against me, because before God I myself am a guilty party—to accuse another is to accuse myself.

“In my opinion, God should, so to speak, take my side, God and I together should turn against my enemy, against the one who did me wrong. But this is a misunderstanding. God looks impartially at all and is in totality what I want to make him only in part.

“But if you do not engage in accusing someone before God or in making God into a judge, then God is the gracious God.”[SK]

As with forgiveness, ultimately the problem, the fallacy, was right there in my mouth when I first complained to God: “Hey God, Didn’t you see what they did?” Because the truth is, God is always present. He sees everything. And if he is present, he is also looking at me. And when I step in to complain and to judge, I am stepping into His Place, into His Job. He is the Judge of the whole Earth. And the problem is that if I want to play God and judge someone else, and complain about the splinter in their eye, God can always outbid me—He already knows about the log in my own eye. 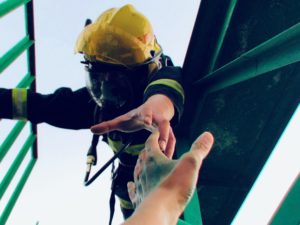 The only way out, the only way out of these traps, of the temptations to judge and to be unforgiving, is The Golden Rule: It is the summary of it all, Matthew 7:12 Therefore all things whatsoever ye would that men should do to you, do ye even so to them: for this is the law and the prophets.

Do unto others as you would have them do unto you. The way of the world is: as others do unto you, by all means take care that you also do likewise unto them. But the Christian like for like is: God will do unto you exactly as you do unto others [SK].

I had never caught the logic of this whole argument before, or why it makes sense that this is the only way out. But if we realize that every warning has been about God’s rule of like for like: if you don’t forgive you are not forgiven, if you judge you are judged, with the same measure you use to measure others you get measured… if that is the rule, and every time I try to “stick it” to someone else I end up “sticking it to me” worse… then why not turn it around?

If that is God’s rule, like for like, then whatever good I do to someone else I can expect I will receive the same.

You see: “In the Christian sense, I have nothing at all to do with what others do unto me—it does not concern me, it is a curiosity; an impertinence, a lack of good sense on my part to meddle in things that are absolutely no more my concern than if I were not present. The only thing that concerns me is what I do unto others, or how I take what others do unto me.”[SK]

That’s it because, really, it is all only between me and God. (Remember Psalm 51…)

And this indeed is the summary of it all:

If I refuse to forgive, then I am taking my eyes away from the good and perfect gifts, from the blessings my Heavenly Father wants to pour into my life, and instead I focus on something else, I want Him to be something else: I want to make God hardhearted so that he, too, would not forgive—how then could this hard-hearted God forgive me? If I cannot bear people’s faults against me, how then should God be able to bear my sins against him? No, it is always like for like.” [SK]

I need to turn around and do all these things for his children.