A reasonable Faith – A Journey through the Sermon on the Mount. Part 3.4

There is another dimension to the rule “Judge not lest thee be judged” that we need to talk about. Remember back when Jesus was talking about anger? He said that to call someone Raca (empty headed) makes us answerable to the court. But calling anyone a fool puts us in danger of the fire of hell. Why? Why is calling someone a fool, so wrong? Because, as Jesus’ Jewish audience would understand, this is an allusion to Psalm 14:1 (and Psalm 53) The fool says in his heart, there is no God.

3_4 The problem of someone else’s sin

Therefore, calling someone a fool is tantamount to calling them a sinner. Jesus brought this up when talking about anger (Matt. 5:21ff) because in the heat of anger, in finding a way to justify what we feel against someone, this is one of the ways we lash out. ‘I have a right to be angry with you, you are nothing but a sinner!’ Now Jesus has come back full circle to this issue. When I judge someone else, aren’t I declaring that that person is a sinner? And the question that we must answer is this: What right do I have to call you a sinner?

This is a delicate and important point. Yes, if you sin against me, I have a right to call you to account. That is clear:

Luke 17:1-4 Jesus said to his disciples: “Things that cause people to stumble are bound to come, but woe to anyone through whom they come. It would be better for them to be thrown into the sea with a millstone tied around their neck than to cause one of these little ones to stumble. So watch yourselves. If your brother sins against you, rebuke them; and if they repent, forgive them. Even if they sin against you seven times in a day and seven times come back to you saying ‘I repent,’ you must forgive them.” 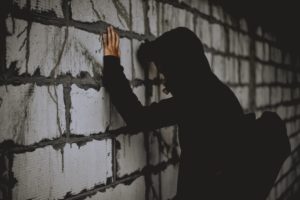 Matt 18:15-17 “If your brother sins against you, go and point out their fault, just between the two of you. If they listen to you, you have won them over. But if they will not listen, take one or two others along, so that ‘every matter may be established by the testimony of two or three witnesses.’ If they still refuse to listen, tell it to the church; and if they refuse to listen even to the church, treat them as you would a pagan or a tax collector.”

I don’t think we can lose sight of the fact that in the latter quote Jesus is talking about people “in the Church”, in the synagogue, in the community of believers that both you and I claim to belong to. If we claim to believe in the same standards, and we both claim allegiance to this community, and we both value its bonds, then in that case – after trying one on one – I can go to the community to help us resolve this. It is like being in a family.

But what about when this is happening in the world?

I know this is a delicate point because the argument can be made that the Great Commission, the requirement to tell the world about Jesus and declare salvation in His name, gives us the license to call sin, sin. Otherwise, how can we make disciples of all nations if we do not tell people about the kind of life God wants us to live? Every day we should be thanking the Heavenly Father that speaking the Truth is not yet outlawed in our country. But maybe there is a difference between telling the Truth and telling the Truth in love. What did Jesus do?

He spoke the Truth and He first did good. The times we see Him directly addressing someone’s life of sin always come after they have met His mercy head on. The Samaritan woman at the well (John, chapter 4:1ff): He treats her with dignity, answers her questions, talks about eternal life; and she can feel something is different here. And then when he catches her in a dissimulation, he chuckles. He asked her to go into town and bring back her husband. She says, ‘I have no husband’. And Jesus says, ‘you are telling the truth, you have had five husbands and the man you are living with right now is not your husband.’ Is she offended at his stating that she is an adulteress? Read the rest of that chapter. 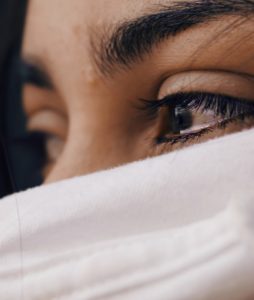 The woman with a reputation that goes into the Pharisee’s house where Jesus was invited for dinner (Luke 7:36ff). She goes there and breaks down into tears at his feet. The implication is that she has been among those crowds that listened to Jesus. She listened and listened until she had enough. And she decides there is only one thing to do. Break down at his feet and pour there her most valuable possession, in love. Did Jesus call her a sinner? Yes.

Luke 7: 44-48. (Jesus said to the Pharisee who invited him,) “Simon, Do you see this woman? I entered your house; you gave Me no water for My feet, but she has washed My feet with her tears and wiped them with the hair of her head. You gave Me no kiss, but this woman has not ceased to kiss My feet since the time I came in. You did not anoint My head with oil, but this woman has anointed My feet with fragrant oil. Therefore I say to you, her sins, which are many, are forgiven, for she loved much. But to whom little is forgiven, the same loves little.”
Then He said to her, “Your sins are forgiven.”

The paralyzed man at the pool of Bethesda (John 5:1ff): Jesus heals him even though it is a Sabbath, when no one is supposed to work. Later on, Jesus finds him in the temple and tells him: “See, you have been made well. Sin no more, lest a worse thing come upon you.” In this case there isn’t a record of gratitude from the healed man but rather the man goes back to the Pharisees and tells them it was Jesus who healed him on the Sabbath. (To get Him in trouble.)

The woman caught in adultery in John 8. Kind of hard to deny she had sinned. Yet, with one sentence Jesus breaks apart the crowd that had gathered to stone her. Then, John 8:10-11 He said to her, “Woman, where are those accusers of yours? Has no one condemned you?” She said, “No one, Lord.” And Jesus said to her, “Neither do I condemn you; go and sin no more.”

Do we need to keep counting? Peter’s own declaration ‘get away from me Lord, I am a sinful man’ when he saw the miraculous catch of fish. Matthew Levi, the tax collector: Jesus just said to him, ‘follow me’; and Matthew invites him to a dinner party full of “sinners and tax collectors”. When the Pharisees were offended at the company Jesus kept, He said (Matthew 9:12) “It is not the healthy who need a doctor, but the sick. But go and learn what this means: ‘I desire mercy, not sacrifice.’ For I have not come to call the righteous, but sinners.”

And what about Zaccheus? Another tax collector, who at dinner with Jesus spontaneously says he will redress any wrong he has done (Luke 19:8-10) Zacchaeus stood up and said to the Lord, “Look, Lord! Here and now I give half of my possessions to the poor, and if I have cheated anybody out of anything, I will pay back four times the amount.” Jesus said to him, “Today salvation has come to this house, because this man, too, is a son of Abraham. For the Son of Man came to seek and to save the lost.”

If Jesus could speak the Truth and at the same time love and do good to everyone who intersected His life, can’t we do the same?

If I know you, and I see you making choices that God has said are bad for you (and – remember – right and wrong will never change), of course I should tell you. But that doesn’t mean I stop loving you. Whatever you need, if I can do it for you, tell me. I can’t use your life as an excuse to shun you. Can you imagine if Jesus had done that? There would have been no one to have dinner with. Not one of us would have ever been saved.

No. If you let me, I will keep on walking with you – that’s what Jesus did. And I will not hound you or harangue you about that sin, if for no other reason because Jesus ordered me not to judge you. You know it, I know it, enough has been said. Yes, if you want to talk again about it, I will.

I love you. Will it hurt me when I see you get hurt? Of course, it will. Can you imagine what it was like for Jesus, what it is like for our Heavenly Father, whose love is immeasurably greater than any human love; who loves not just a few people but the whole world; who sees us making bad choices time and again and reaping the consequences? I can’t imagine how much I have hurt Him. 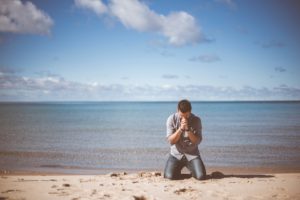 Judge not lest thee be judged explains the rigor and severity with which Jesus addressed the Pharisees, Sadducees, and Scribes of His day. They claimed to know right from wrong. They claimed to be servants of God. Yet time and again we see them pointing the finger at someone else and saying, ‘you are a sinner’. May we never step into their place.