Life: An Axiom of the Universe (part 1)

In a couple of previous blogs, I talked about C. S. Lewis’ concept of the Tao of mankind: The observation that humanity as a whole, that is, across the various cultures of antiquity and continuing on to modern times, holds in common one moral compass. The definitions of right and wrong, the intrinsic value of forms of behavior, appear to be embedded in the human psyche from the beginning.

And these ethical ideas are not trivial. For instance, they include the recognition that competing values arise as we cross from the individual to the family to the society and from there to the “others” outside our “tribe.”

Using examples from the literature, I pointed out that no compelling documented evidence exists that human-like ethical values have evolved in any of the other animal species. Thus, Humans remain, in this respect, unique. And if there is something anathema to the standard interpretation of the theory of evolution, it is the concept of uniqueness. I concluded that the only reasonable position to take is to accept that this common moral code is an axiom of humanity: a fact needing no proof. It simply is.

Why did I choose this concept of the axiom? I’m following Physicist Hubert P. Yockey’s lead. He was the first to invoke this concept when he considered the question of the evolution of life.

But before going there I need to set some ground rules 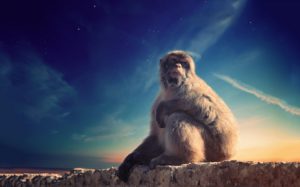 Also in a previous blog (“What do you know for certain?”), I talked about asking the tough questions. In fact, I claimed that as Christians it is required of us. If so, sooner or later we are going to have to deal, personally, with one of those questions that has been debated for almost two centuries now: the question of Origins. It is the prototypical battleground in the perceived conflict between Science and Religion. It is also the prototypical example of all that can go wrong in a discourse. Both sides have deep bastions in our culture today, dedicated to the defense of their dogma against the heathen. Unfortunately, lambast, ridicule, and the reciting of pat answers can quickly become the norm of one-sided conversations.

In all fairness, the passion of the positions can be understood from the perceived consequences of being wrong. The stakes are enormous. If the Religion side is wrong, and God is not the Creator, as Scripture states, then everything we believe in orthodox Christianity based on those same Scriptures is suspect. Similarly, if the Science side is wrong, entire Departments at Universities would be proven to be based on perpetuated fallacies. What a waste of tax-payers’ dollars!

So, how do we tackle a question that has remained apparently unsettled for two centuries? The way we do it in Science and Engineering is to attack the problem one piece at a time. Before you can develop Field Theory and General Relativity, you need to have Newton’s Law of Gravitation. It is a Law of Nature. It is not superseded by our latest understanding. Its meaning may be refined, its domain of applicability modified, but no Physicist is ever going to disprove that the masses in our Solar System attract each other according to an inverse square law proportional to the product of those masses. More importantly, no Physicist is going to try. Because it would be a waste of time.

Science progresses by establishing foundations from which we proceed to build the edifice of knowledge. Those foundations had to be tested before being declared foundations; they had to be subjected to being falsified, and pass that test, before we could use them in confidence to develop new theories, and eventually declare those as Laws themselves. New experiments, new data, not only lead us to new discoveries, often they also bolster our confidence in the strength of the foundations.

Some of these are familiar to the reader 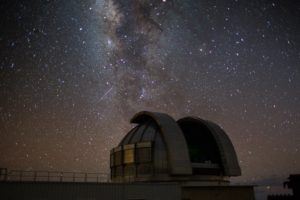 Take the Law of Conservation of Energy: If anyone comes to you and offers to sell you a patent for a machine that will extract energy from empty space at no penalty, the burden of proof is not on you to prove them wrong. The burden of proof is on them to explain how come we have been successfully placing satellites in orbit for decades. After all, the law of conservation of energy is built into Hamiltonian mechanics; the very same tool we use to solve problems in orbital dynamics. If it is wrong, entire fields of Science are wrong.

Some of the other principles in my list may be unfamiliar. But they are all unassailable, with very practical consequences. For instance, the Fano-Chu Limit states that the frequency bandwidth over which an electrically small antenna can operate is strictly limited by the size of that antenna. If you wish to communicate using a given antenna over a larger bandwidth than the Fano-Chu Limit gives you, (and today most readers understand why bandwidth is important) the price is efficiency. You must pay by wasting energy. There is no way to violate this limit. And just as importantly, no Department of Defense Agency will give you a grant to perform research that purports to violate this limit. It is a waste of time and money.

A related limit comes to us from the discipline called Information Theory. Shannon’s Theorem tells us the price we must pay to convey a certain amount of information through a realistic (noisy) channel. Communication Engineers routinely use it to establish what is called the Link Margin of the channel. Among the useful results is the realization that if you need to communicate with a submarine at the bottom of the sea, using ultra low frequency (ULF) signals (because they are the only signals that can penetrate through the sea to get there with the least loss) your communication rate will be of the order of three and a half bits per second. That is, about one word per minute. (Take-out orders are not common from the bottom of the sea.)

While the Fano-Chu limit is built upon the laws of electromagnetism and the consequences of causality, both of which are physical characteristics of our universe, Shannon’s Limit is strongly entrenched in the realities of mathematical probability. And this is a very important point. To the proverbial lay-person, the laws of probability seem to be statements about what could happen, about the fact that the chances of rolling snake eyes in a game of craps are a lot lower than rolling a seven. But the fact that those same laws speak just as often about what “could not” happen is not something we readily acknowledge. Even though the chances of rolling snake eyes seven times in a row are of the order of 1 in 78 billion, there are people that would say it is still possible. I would hope that opinion changes when their money, or their life, is on the line. 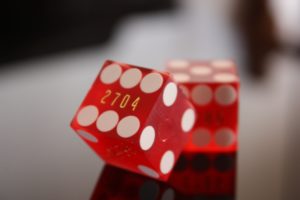 According to Statistical Mechanics, we can calculate the probability that all the gas molecules in the room you are in right now would end up traveling in the right direction so that all the air accumulates in the opposite half of the room. For a typical room it is a number of the order 1 in 10 raised to the 39th power. So, there is a chance you could spontaneously asphyxiate while reading this. Are you worried? No. You firmly believe it to be impossible. It is, in fact, impossible for all practical purposes. And you would hope that Science and Engineering (and perhaps even your elected officials) would agree with you on that.

It is with this same confidence that we can talk about the laws of Information Theory. Now, consider the following problem: Using your telephone’s keypad, encode my first name into a phone number; and ask all your friends to do the same. What is Rodolfo equal to? I bet almost everyone got 763-6536. You would expect near 100% success. But now give them this telephone number 367-4783 and ask them to decipher the word. How many right answers do you expect to get without any other piece of information? If you don’t know the word is a name, or you don’t know what language that word is taken from, would you expect 100% success?

What if success in a business venture depended on nearly error free translation from the alphabet of keypad numbers to the alphabet of English letters, would you invest your money? What if your survival depended on it? Would you take the bet? Anyone versed in Information Theory would tell you immediately that that is a losing proposition. The asymmetry dooms you to failure.

To translate from an alphabet with more symbols to one with less symbols is a trivial matter. Errors could only be expected to arise from noise, accidents, unforeseen events; but success near 100% can be reasonably expected. However, to translate from an alphabet with less symbols to one with more symbols is an altogether different thing. You expect to get it wrong time and time again.

What is the relevance of this fact to the subject of Origins? 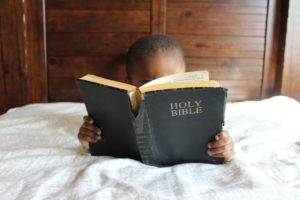 That problem of alphabets with unequal number of characters, that asymmetry, is precisely the choke point that makes it impossible to believe that the information contained in the genetic code of DNA could have arisen from more elementary, simpler coding schemes, say, for example, using RNA or proteins.
Random events simply cannot create information.

We will continue this next week.