Life: An Axiom of the Universe (part 2)

Last time I pointed out that to translate from an alphabet with more symbols to one with less symbols is a trivial endeavor. All you expect are few and incidental errors. But, to translate from an alphabet with less symbols to one with more symbols is an altogether different thing. You expect to get it wrong time and time again. And that problem of asymmetry is the choke point that makes it impossible to believe that the information contained in the genetic code of DNA could have arisen from more elementary, simpler coding schemes, say, for example, using RNA or proteins.

You don’t have to take my word for it. Hubert P. Yockey, Nuclear Physicist and Information Theorist published on the implications of Information Theory for Biology and Evolution from 1974 into the early 2000s, in peer reviewed Journals, including Nature. Here are some of the references:

Not one of his writings has been refuted mathematically. The reason for that is precisely that the genetic code is like an alphabet. And the transmission of information via alphabets is well understood and rigidly subject to the laws of Information Theory. For the code of DNA to have evolved from a simpler code (proteins) it would imply that information was transferred “uphill” from an alphabet of less letters to an alphabet of more letters. But this is impossible because information can only be transferred reliably downhill; and life depends on reliable transfer of genetic information.

Information Theory makes it impossible for evolution to proceed from the simple to the complex.

Yockey’s conclusion is this: “Life and its enormous intrinsic information content must be considered an axiom of the universe, unexplainable and without need of explanation.”

(I should point out that Yockey explicitly refused to be associated with the Intelligent Design movement. To him, the question of Origins was just pure fundamental science. And as such, any hypotheses or theories addressing it either had a good foundation of proofs or they didn’t. If they didn’t, then they should be rejected.)

Yockey’s conclusion is fascinating. We are forced to accept that all the information required to build the most complex organism on Earth was already contained in the alphabet, in this computer program called DNA, from the very beginning. No amount of random “natural” selection could ever add one bit of information to that store.

The explicatory power of accepting this axiom cannot be overstated

From it follows that “simpler” organisms that use less of the code to build their systems are very robust in the presence of mutation because they still have a lot of options in the “program.” So that if changes in the environment occur, making a given subroutine no longer favorable, there is little penalty in finding another subroutine to use (by mutation) that will still be compatible with the rest of the organism’s systems and that will improve the chances for survival. By contrast, human beings are probably close to exhausting the full information content of the DNA “program” because we know from experience that most mutations are damaging to us.

If we accept Yockey’s axiom, we are not surprised when a 30,000 year-old microbe turns out to be antibiotic resistant to, of all things, tetracycline. (What would Von Daniken say?) The information for resistance was there in DNA all along.

Most importantly, if we accept this axiom, we avoid the rigorously (mathematically) impossible expectation that random “selective pressures” will create information and thus produce more complex organisms from simpler ones. Instead, we recognize that all Natural Selection can do is to filter out of the already existing “program” in the DNA code, that which is best suited for that environment at that time.

This recasts the molecular evidence for evolution in a new light 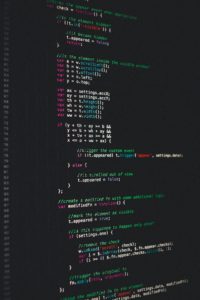 The molecular evidence for evolution is simply a confirmation that all life is encoded using the same (pre-existing) program. And the order in which biological features appear in the Taxonomy is simply a proof of the logical order embedded in the program. Genomics and Phylogenetic trees are, in a sense, descriptions of the flowchart underlying the code.

Common Descent becomes almost a tautology: What we have is evidence of Common Programming. The debate from the fossil record gets reduced to asking, what is the mechanism that aligns the output of the more and more complex “printouts” with the later stages of the Geologic time scale we observe? And the answer to that could very well be a matter of opinion.

A hard question addressed with fundamental principles in this case yields a definite answer. The question is now, what do you, as a scientist or as a believer, do with that answer? It is not dogma. You are free to challenge it. But if you disagree with the answer, the burden now becomes yours to prove that the fundamental principle, namely Information Theory in this case, is flawed. And if it is, it would be your duty to inform the US Navy because they would love to be able to communicate with submarines at millions of bits per second.

Science is hard work. Asking the hard questions is hard work. In Jesus’ parable, digging up the soil is hard work. But when the questions are asked, and the answer is revealed, the reward is more than worth the effort. The payoff is Truth. The search for truth is precisely what Science and Religion have in common.