I have been going through the Gospel according to Luke with his admonition in mind that what he has written there was done with method: arranged to teach us, the way Greek tutors taught their pupils. As he says in the introduction to the Gospel, his purpose is to enable us to know the certainty of those things in which we have been instructed, the things we have believed.

The word Darby translated as with method is katecheo, literally a “sounding down” or “resounding”. It is a word that also means an “orderly sequence”. All these concepts come together in one of the ancient styles of teaching where the teacher did not simply lecture for the students to accept and absorb, but rather the teacher asked questions which the students answered (re-sounded) to prove they had indeed learned the material. Our word Catechism is the modern equivalent.

Luke’s presentation is meant to be logical; it is meant to furnish proof. Therefore, if we run into questions in going through his Gospel, the way we answer those questions is just as important as the answer itself because here we have the golden opportunity of learning to think like Luke.

Recently, in going over Luke’s Nativity story, someone asked, how come Zacharias got in trouble for questioning the angel (Luke 1:18) but Mary didn’t (Luke 1:34)? My answer was that we had to read the narrative in context. We clearly get told that Mary believed (Luke 1:45) but Zacharias didn’t (Luke 1:20).

Even if that is right, I now think that kind of answer falls short of all we could learn from asking that question because I took a shortcut. I think a better answer, an answer with method, would be the following:

Zacharias said, “How can I be sure?” Literally transliterating from the Greek: “By what will I know this?” Anyway we hear it, there is clearly a challenge in Zacharias’ response. Any person standing by, hearing this conversation would not miss that “I” in the question. Zacharias is saying to the angel: “Prove it to me.”

Mary’s reply is different: “How shall this be, since I know not a man?” Just based on this response, as it is written, we cannot tell if there is a challenge here or just wonder at the Angels’ announcement. Now, if we had been there, if we could have heard the tone in her voice, if we had seen the body language, then we could settle it. But at this point the reply has to be judged neutral.

So, how do we decide? Well, since we were not there, we need to ask a witness. Who was there at both events? Who was the witness? Gabriel. The same angel spoke to Zacharias and Mary. And we can tell how the individual replies were intended by the effect they had on him. His reaction to Zacharias makes it clear that Zacharias was – at that moment – challenging him, refusing to believe him. And if God goes to all the trouble to send an angel to give you good news, being cranky at him is probably not a good idea.

But at Mary’s reply, Gabriel just goes on and explains. And if we had any worries that us asking questions is something God doesn’t like, then the way Gabriel continues should dispel any such notion. He goes on and tells Mary that Elizabeth her cousin is pregnant (a fact that Mary can readily ascertain – as she does immediately after) and Gabriel tells her for the express purpose of bolstering her faith… because nothing is impossible with God.

So, there is a logical process by which we can answer that question because Luke has given us all the facts we need.

Why did I take a shortcut the first time?

The answer is, force of habit. Once you study any subject for a long time, you discover that certain questions can be answered more directly by using the foundational principles of the discipline. (I talked about this in my blog, Life: an Axiom of the Universe.)

If you have ever taken Introductory Physics, you are familiar with this notion. To solve trajectory problems, say, a projectile launched from the ground, in a given direction, under the force of gravity, you can use the various equations of motion. For instance, the question could be, how high did the projectile go, given this initial velocity and angle? You could calculate the initial vertical velocity from the angle, apply Newton’s Law, F=mdv/dt, to find at what time the vertical velocity was reduced to zero, and then plug that time in the equation for the displacement in z(t). OR you could just use the Law of conservation of energy and determine the height required to consume the upward kinetic energy. One equation versus three.

Foundational principles will never fail you because the discipline is anchored by them. They don’t need to be proven. They have been proven so many times, that all Physicists know they are unassailable. Therefore, they can be used to derive other principles or answer other questions.

It is the same with the Word of God. There are several unassailable principles in it that we can use to answer questions, even if at first blush we don’t know the detailed way to find the answer. 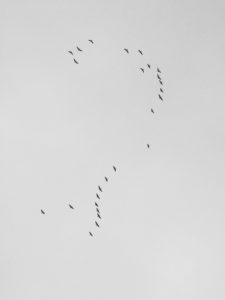 Consider the question that started this whole discussion: How come Zacharias got in trouble for questioning the angel but Mary didn’t? It is a natural question to ask; a question that many of us ask the first time we read that story. However, there is a question behind the question that we rarely acknowledge or even notice. By asking the voiced question we are revealing that we are open to the idea that the angel’s difference in dealing with Zacharias and Mary was unfair.

But that could not possibly be true because it violates a foundational principle of the Word: God cannot be unjust.

In Genesis 18, when God and two angels appear to Abraham with the news of Sarah’s pregnancy and the news that Sodom and Gomorrah are about to be destroyed, Abraham famously haggles with God. In that passage, Abraham says:

In the book of Job we get the same kind of argument from the young man Elihu:
Job 34:10 Therefore hearken unto me, ye men of understanding: Far be wickedness from God, and wrong from the Almighty!

The logic of his argument is this:
Job 34:12 Yea, surely, God acteth not wickedly, and the Almighty perverteth not judgment. Who hath entrusted to him the earth? and who hath disposed the whole world? If he only thought of himself, [and] gathered unto him his spirit and his breath, all flesh would expire together, and man would return to the dust.

In other words, how could God possibly act unjustly, didn’t He invent Justice in the first place? If he wanted to cheat man, why does He go to all the trouble of keeping all creation alive?

And Paul applies this in Romans 3,
Romans 3:5-6 But if our unrighteousness commend God’s righteousness, what shall we say? Is God unrighteous who inflicts wrath? I speak according to man. Far be the thought: since how shall God judge the world?

The principle is clear, God cannot be unjust. The very concept is a self-contradiction. Therefore, Gabriel’s response to the replies of Zacharias and Mary cannot be unjust since Gabriel is a messenger from God. Therefore, the narrative, taken in context, must bear this out. Which we have proven.