On the stories and writing in general

This week I have posted the original written version of “Who argued for my soul?”. The podcast version will be up on the Untold Podcast through the end of the month. Given that they are two different art forms I am interested in finding out if you think there are things that come through in one differently from the way they come through in the other. Both reading and listening to an audio drama exercise our imagination, but the result in the reader and audience can certainly be different. Just curious… if you want to comment. 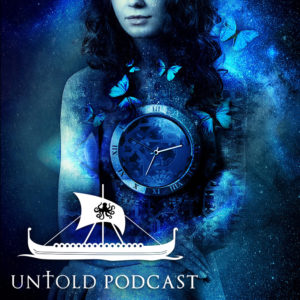 Finally, if you enjoy research, here are points of inspiration for the story, arranged in no particular order. The object of the game is: Can you identify how (where) each reference is used in the story?

If you are a writer yourself

I have found that the Ralan website is a good source for identifying potential places to submit speculative fiction. Lately I have been looking at Anthologies as a possible market. Which brings me to point out that the Worlds of Science Fiction, Fantasy and Horror Vol. V is open to submissions for the next year for the volume to be issued January 2020.

Taking a look at Vol. 2 (freely available at the above website) I ran across the story “Queen of Hearts” by Floris Kleijne which I thoroughly enjoyed. That author’s website also contains good advice on the writing craft. 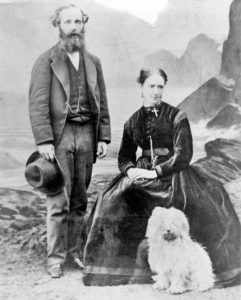 I mentioned last time James Clerk Maxwell’s correspondence In 1876 with the Bishop of Gloucester and Bristol. That set of letters started with the Bishop asking Maxwell to expound on an explanation he had heard ascribed to him regarding a scientific evidence for the existence of God. In Maxwell’s reply there is this passage:

“The rate of change of scientific hypothesis is naturally much more rapid than that of Biblical interpretations, so that if an interpretation is founded on such a hypothesis, it may help to keep the hypothesis above ground long after it ought to be buried and forgotten.”

In other words, Maxwell is telling us that to base our faith, and trust on the veracity of Scripture, on particular discoveries of Science can be a shaky thing (and lead to bad Science) because Science is a living document. It keeps changing. We keep learning more, refining the vista we see, crossing out chapters that become obsolete and writing first drafts of new ones, sometimes, it seems, overnight. But the Word of God never changes.

So, is Maxwell telling us that Science cannot prove anything about God? Well, he continues: “At the same time I think that each individual man should do all he can to impress his own mind with the extent, the order, and the unity of the universe…” as I quoted last time.

Maxwell is not telling us that Science has nothing to say. But he is making a distinction between the kinds of scientific fact that can say something and those that may not. The ones that can speak are the ones that have universal scope, the ones that we know are Laws of Nature, the ones that we recognize as being inextricably tied to the order and the unity of the universe (and therefore will never change). They are things like the law of conservation of energy, or the immutability of the arrow of time.

Maxwell recognizes that we as humans, even though finite, have the ability to realize that there are things that transcend the finite. And it is those things that we recognize as evidence of God. For instance, he pointed out that the forms and dimensions of the orbits of the planets of our Solar System are not determined by any law of nature but rather depend on a particular, you could say coincidental, collocation of matter. Yet it is nearly impossible to conceive of any other orbit or inclination of the Earth that would allow us to be alive right now.

Similarly, (and this was the idea that motivated the Bishop of Gloucester and Bristol’s letter) Maxwell had stated that molecules often give the appearance of being manufactured articles; that is, made precisely to some specific requirements to meet a specific purpose. I will illustrate what Maxwell meant, from my own work, next time.

By the way, you can find a pdf of Lewis Campbells’ Life of Maxwell.